Yeah, Yokomizo had called for them so he's the culprit of the love scene getting ruined xD.

Momiji is the central character of the Movie 21, yeah. This was the case she made her debut in manga as movie promotion.
"I shall revive again, again AND AGAIN!"
Top

-They're really excited about the title of this episode!

-"something bad always happens" In Detective Conan? NO WAY!

-I still can't get over this. They took such a fun, exciting, different song and gave it the absolute most boring images possible. I was gonna say imagery over images, but no, IMAGES IS LITERALLY CORRECT. So yeah, the comparisons to the old B'z openings is pretty appropriate. Next time, they might as well just put in random manga panels and text saying "hype it, we're not paid enough for this"

-"I'm sorry you had to see that" I could be wrong but I feel like I've seen that line in dozens of episodes. That random forgettable line has probably been in more episodes of this anime than most anime have episodes.

-Telling a detective to leave isn't suspicious at all

-"Oh attacked by a bear. That's funny, just yesterday we were attacked by a fake mythical creature that was actually someone's way to try to get away with murder. Just the type of thing that happens. Y'know how it is."

-This case earns a point for Kogoro apparently being right.

-That is the most awkward evil laughing face I've seen in a while.

Case was kinda boring until the kinda fun twists towards the end. Kinda.

Today's episode was one of them dumb and atrociously animated eps. At the very least it had some "so bad it's good" moments and the ending showed some self awareness on the writers' part, so at least there's that.

And it did let me make this silly Genta gif.

-I mean, if the witness is mechanical and dies, at least I'll understand the black blood for once.

-Well, if you were to ask me how I think a Detective Conan episode would start, I would never have guessed "Mouri Kogoro is attacked by robot rabbit poop". Points for originality?

-"A self-defense robot for women" ...I have so many questions already. I don't think he pressed anything so I cannot begin to comprehend why Kogoro was attacked other than the universe thinking Kogoro's misery is hilarious.

-Wow that mouse with the obvious sounds of moving like a toy on wheels that looks nothing like a real mouse is so easy to confuse with a real mouse!

-"Maybe he made it to scare girls" ...ok, I can't comment on every dumb or bizarre thing in this episode. I'm not even 4 minutes in! INCLUDING THE OPENING!

-"Today's the last day they'll make fun of me. I'll show off my ideas to Baxter Stockman, and then we'll see who has the last laugh!"

-"THAT GUY WAS RUDE TO ME, I HOPE THIS PLACE CLOSES DOWN AND EVERYONE HERE LOSES THEIR JOB > : ("

-Kogoro getting into his Danbo cosplay I see

-No one else is checking the door handle, that concerns me

-"We may be able to solve this case sooner than expected" The last 1/3 of this episode will just be Kogoro, Ran and Conan driving back home

-Ok, this trick is kinda cool, in a messed up way

This was certainly a strange one. I have to be honest, parts of this was clever and I always have a fondness for the straight up dumber ideas in the series like this. But for whatever reason, this one really didn't work for me. It's one of the rare times where it being absurd and weird and dumb actually annoyed me a bit. I dunno.

Episode 877: A Pair of Crossing Fates

-This episode title is too cool for an AO about Genta

-Someone profoundly bored should try to find AO characters who are clearly the exact same character design as another AO character. At this point, it has to have happened. Maybe often?

-Yes, Genta running was funny in context too.

-""Violent man in a red jacket" is an inconvenient name". This should've been the entirety of Mitsuhiko's point, leading to the others to awkwardly stare at him in confusion. Would've made me laugh...

-"I'm not a robber!" *holds robber mask, only now realizes this*

-Hello random text for crime committed. I look forward to you not being used ever after this episode.

-I have no idea if this is supposed to be as funny as it is to me.

-I hope this turns into the greatest crime spree ever

-"This is a great plan to do some criminal activity! Let me make criminals angry and commit a crime simultaneously. Nothing could go wrong!"

I'm not gonna say that was good but I was certainly entertained. Hahaha...this was so dumb.

Episode 878 just came out. I wonder who is Sera's magician? I am guessing it's Shinichi himself based on the way she acted.
Top

I've been watching a lot of detective conan anime nowadays and I want to talk about Subaru Okiya and Haibara
ABBC3_SPOILER_SHOW
Since Subaru is Shuichi Akai in disguise, and Haibara still doesn't know the truth according from what I've seen in anime so it stuck in my head, wanting to know what will happen. Asking opinion from u guys, when do u think that Haibara will know the truth and how would she feel when she know the truth?
Top

Episode 878: The Blind Spot in the Changing Room (Part One)

-Not even kidding here, I didn't notice this magician thing going on with Sera until the anime explained it right now. I think at least one of them was from when Bourbon had properly been revealed but then Gosho awkwardly put Sera focused stuff before the end of the Bourbon arc for no apparent reason. While Gosho will probably never top "forget the plot exists for a year and a half", "wait nearly 2 years to end the Bourbon arc after the last cases where Bourbon was the real focus" is kinda close.

-Ok, waiting a second to show she was talking to Sera and Sonoko was actually kinda funny. I was gonna ask "why does she want Conan's opinion on this?"

-Ran and Sera both specifically looked at her boobs. Like tilted their heads to do so.

-"Sonoko-san, a woman must keep her hips warm."

-"A typical japanese man" ALL JAPANESE MEN ARE DEEPLY CONCERNED ABOUT THE WARMTH OF THEIR GIRLFRIENDS' HIPS! How...specific of them?

-For a second I thought it was weird that they showed Sera wearing so little, considering how much they don't show in the anime anymore, but that is the least fanservice-y, least sexy thing ever. Ran in a sweater would seem more sexualized by comparison.

-Conan has the strangest Nam Flashbacks

-I've determined, unquestionably, that the single worst part of Detective Conan cases is the parts where the asshole one-off character/s show up to be assholes. Easily. EVERY. SINGLE. TIME.

-"I don't know what's going on, but I'm staying out of that." Conan, please stick to your word on this.

-Nooooo...you can't point out that her dying is the cliche and then just do the cliche. STOP!

-This is not a favorite of mine so far. Between asshole characters we will never see beyond this case and some non-attempt at fanservice, maybe(?), this was kind of a disaster. At least for me. Kinda of a shame, as the recurring characters and plot I liked as per the usual and the case seems like an interesting idea at the very least. But the bad parts of this were just obnoxious and a reminder that this series will be on long after we're all dead.

Episode 879: The Blind Spot in the Changing Room (Part Two)

-"It was the second murder" ...did I miss and/or forget something?

-"We're going to make another customer" "It's only creating an entire human being for our replicating a murder scene, no big deal!"

-"But if you raise the heel by placing a cell phone under them" which I'm sure we've all done at one point in our lives.

-"After all, I was the president's pet" so not only was the victim a dog, but the dog had a human as a pet. How ironic.

-"She had them remade as dog clothes" For herself I presume

-"Case closed" Does that count as a title drop?

The case went from obnoxious to...eh. Hopefully this flashback is shown soon and...actually has worthwhile significance. I really liked the last child Shinichi case so I'm all for more of it.

Latest ep has to be one of the ugliest episodes in the show's history. It also showcases just how barely animated this show is.

Kor wrote:Latest ep has to be one of the ugliest episodes in the show's history. It also showcases just how barely animated this show is.

Are you talking about the ghost episode or today's episode?

The ghost episode was so awful, and Conan really so awful anime now. To me inly the episodes from 1 until 450 are the real conan

The episodes are really awful, i hate them,imean reaĺly awful is a small word, we should find a word that moluch powerfil than really awful
may Picture
Top

Criticizing the anime and DC in general is fine, we all do it, but repeating how "awful" everything is 5 times per post is akin to trolling. Please try to avoid that. Your posts from July 24th, 2017 and September 25th, 2017, for example, were decent cases of criticism without trolling.
"I wonder if there really is a God...
If such an entity really existed, wouldn't all honest, hard-working people be happy?"

Kor wrote:And it did let me make this silly Genta gif. 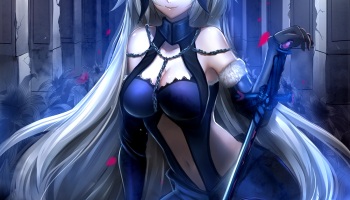 Criticizing the anime and DC in general is fine, we all do it, but repeating how "awful" everything is 5 times per post is akin to trolling. Please try to avoid that. Your posts from July 24th, 2017 and September 25th, 2017, for example, were decent cases of criticism without trolling.

Am I the only one who annoyed thr guys here for my opibiob?

I only said my opinion, and mostly i don't bother anyone, and i am not the only one who said these words, why my only?

Maybe, i should leave forever
may Picture
Top

I'd like someone to confirm this whether I understood it right... Did Shuichi really punch his mom in he face??? And she punched him back??? And why is Shuichi so mean to Masumi? I mean it's the first time he saw her and acts like he doesn't give a damn. I liked Shuichi as a character until this episode. Now it's too messed up.

Also, aside that, Mary looks deformed as heck. Her head is too small and her body is too big.
Top
Post Reply
717 posts