Tsk, in Chapter 1 I've missed
Spoiler:
the last Evidence keyword... How crucial is this? Should I replay the chapter? What is that Evidence by the way?
Top

GaS wrote:Tsk, in Chapter 1 I've missed
Spoiler:
the last Evidence keyword... How crucial is this? Should I replay the chapter? What is that Evidence by the way?

Not sure exactly which keyword exactly you're referring to, but I wouldn't worry about it. Missing a few keywords doesn't cause consequences later on in the game. If I recall correctly, it's just related to the grade you're getting at the end of each chapter.
It's a pretty long chapter so I don't think it's worth replaying for just one keyword.

I have a question for those of you who already finished Chapter 1. How much time did you spend on it?
Top

Tyche wrote:I have a question for those of you who already finished Chapter 1. How much time did you spend on it?

Definitely between 1 and 1,5 hours.
Top

Kor wrote:I don't think it's worth replaying for just one keyword.

OK, thanks for the answer!
Top 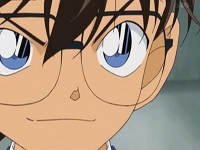 maaaaaan, you guys are so fast! xD if i remember correctly, it took me more than eight hours to finish Chapter 1... that's because i read everything (even so, i still managed to miss one keyword..... OTL) and was doing other things while playing xD

. Also, for the writing of numbers, if you want the DS to register a 5 properly, write it in 2 strokes. The DS apparently counts the number of strokes used when you write upon it. This goes for both letters and numbers.

Hmm... Thanks for the tip! Will keep it in mind! However, you speak of the DS but I'm playing with an emulator. So, will it still apply..?

Spoiler: Chapter 3 (In Progress)
Still in Chapter 3. Not sure when I'll finish it because I'll be sort of busy next couple of days... Maybe... Anyway--! I stopped at the inn after having the photographs developed at the shop selling the HYPE SHIRT if you're curious of where I am in the game...

Spoiler: Game Comments! (contains answers)
Amazing puzzles! Mostly easy but still enjoyable! (Comments below are in order of how I remember them and not in order of when they appear in the game)

— The puzzle where the answer was the Library. I initially had no idea how to work that puzzle out (will post a picture of how i tried to solve it later when I have time xD) but it screams 'Library' somehow and thank goodness that was right. xD
— The TRUCK puzzle. That. Was. Awesome. :'D daddyfather \o/
— The explosions! The first bomb was easy to defuse and was really interested on what will happen if I ran out of time......... A few minutes after that, after finding the second bomb, I intentionally defused it VERY SLOWLY on my first try to see what happens if I fail... Annnnnd BOOM! xD I may or may not have killed Conan four times... I was glad it didn't make me repeat the whole chapter though! It was fun playing with dem bombs~! Wonder if there's more...
Spoiler: Story Discussion (sort of...)
The Skeleton in the Refrigerator

This is just me probably overthinking things due to playing very late at night...

Anyway, that wasn't the thing I wanted to talk about... xD

I find one thing interesting during the part where Conan was at the old diner... The paper hidden inside the skeleton's mouth... I'm writing this on phone so as much as I want to provide skeleton/skull pictures and sources, it'll be hard to do so... The forums keeps logging me out too so I'll just get to the point! xD Based on what I've played so far, we can assume that the paper was put in the skeleton's mouth by the 'skeleton' himself when he was still alive. I think that just sounded weird but you get my point... The skeleton, which was identified to be that other journalist's with the flower patterned shirt senior, was said to be missing for about five years already..? After a very little bit of research, a body buried six feet under without a coffin approximately takes eight to twelve years to completely decompose and turn to just bones. I'm just curious won't the paper would have melted already from the decomposition process? If you also look up a bottom view of a skull, there actually is no bones at the bottom part of the mouth which will support the paper from falling from the skull... Was it stuck in between its teeth..? And the whole decomposition process, it only has been five years since the victim went missing. Not to mention, he was hidden in a refrigerator. A corpse buried in a coffin actually takes longer to decompose than one that was not buried in it. Not exactly sure how long it takes for one that was IN a refrigerator... We also don't know if the refrigerator was turned on which will make the process even more longer... Though obviously it was turned off since the diner was long abandoned... Unless someone is still paying the bills for such a deserted place......

Anyway, the whole point is it is interesting that the corpse turned into a skeleton in that short amount of time... Including the paper that survived the decomposition process...
Spoiler: DID.YOU.SEE.'EM?!?

By the way, thanks you all for labeling your spoilers with the corresponding Chapter so I won't accidentally read the ones I haven't played/finished yet. (So if I am repeating something someone has already mentioned, that's because I haven't read their spoilers yet.

@shinichi'sapprentice:
Spoiler:
I killed Conan at least 100 times. No kidding. It's a good thing to have quick saves.
Secret Santa 2015
Spoiler:

Yes, all writing on DS and on emulator share the same sort of rules. If you for some reason just cannot get something to recognize, you can click "cancel" and take a small penalty to your Logic Points. Otherwise, try writing the letter/number with one stroke and then two and see how it goes. We tested these a lot and got them all to go pretty easily in the end.

Tyche wrote:I have a question for those of you who already finished Chapter 1. How much time did you spend on it?

Definitely between 1 and 1,5 hours.

This would be extraordinarily quick (unless you mean the Prologue), especially for one's first play through. Even when zooming through to test various portions of the game, it still takes well over an hour to get through all of that dialogue. I mean, even with using 4x game speed and auto text, it still really takes a long, long time to get through after playing the chapter dozens of times. Someone doing that on their first playthrough would certainly be... unusual, especially if they were actually reading the text.
Top

Has anyone finished the game yet? :3
Top

Lol xD Other than those people.
Top

thewindwright wrote:Chapter 5
Spoiler:
Was that an Arrested Development reference slipped into the hotel scene? I laughed so hard.
Spoiler:
We just say "manager."

It absolutely was. Great catch! I wondered if anyone would notice so it's great to see someone mention it immediately.
Top

Is there anything else after finishing both halves of chapter 7?
Top

I am on chapter 6 and was wondering:
Spoiler: Chapter 6 Spoilers
have anyone figure out the clock riddle?
Top
Post Reply
122 posts