Guys... I got attacked and someone saved me? 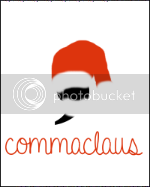 2 cops dead??? D:
Your opinion is always requested in Abs.' Random Polls of Whenever
Top

Due to DST being a pain in the ass, phase change time has actually changed!

Phase change starting tomorrow (since no phase change today) is now 21:00 PST. Actions cutoff is two hours prior to that, 19:00 PST.

"Neighbor!" Yuriko wailed at the sight of Jecka's death. "How terrible! Who did this!?"

"Don't worry, we'll find the culprit," Conia tried to reassure her, but Yuriko ignored him.

"Well, I mean, it had to be one of us, right?" bluek pointed out. "We're the only ones here. I don't even see a film crew or anything."

"But which one of us would want to murder Jecka?" Iwa asked. "I didn't do it!"

"I think it was-" Abs. started to speak up, but got distracted when he heard a voice whisper in his ear 'onigiri'. "It was onigiri?"

But nobody was listening to Abs. anymore.

"Can we just settle for kicking her out? Why does it always come to murder?" asked Eko.

So Kleene Onigiri (Gin) was kicked out of Kam's Cooking Show audience.

"FINE, BUT I'M TAKING A BANANA WITH ME!" Kleene huffed as she was dragged out of the room.

"Can we please get back to my cooking show now?"

Results are out. PM me if you didn't get yours.

So she was BO indeed \o/

Why does no one tell me the good leads? I would make a fail assassin.

</3 Kleene why can we never be on the same side D:
Your opinion is always requested in Abs.' Random Polls of Whenever
Top

Guys, new rule. (It was a rule in at least one of my previous rounds, not sure it disappeared to.) Anyway.

Since multiple people have been doing this, I need to address it.

Please do not send me partial wills. Please don't ask me to add things to your will.

Fun fact: I do not keep track of your will until you die. Sometimes, if I feel like it, I read them ahead of time. (I mean, I always read them before I post them, but I rarely read them right when you send them to me.) I don't keep them anywhere off site. They're all in my PM inbox. Keeping it all in one PM will make sure that I don't miss pieces. And it will save me from having to dig through twelve pages of PMs in most cases.

If that means you having to copy/paste your old will and add only one line to it... I guess you do you?

Honestly, I have enough to keep track of.

Sorry guys. I know it's mean.

Please do not give the GM further headache than she already has. Thanks!

*steals GM’s headache and buries it under a rock*

Users browsing this forum: No registered users and 10 guests