...dumy voted for himself

dumy what
Your opinion is always requested in Abs.' Random Polls of Whenever
Top

Is that really the weirdest thing that ever happened..?

Abs. wrote:...dumy voted for himself

I did that last round :V
DCTP Movie Night: TBA Kamite wrote:I did that last round :V 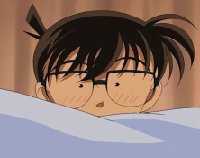 According to those voting me that round, said I was.
DCTP Movie Night: TBA

With peace seemingly restored, the guests goes back to their usual routine. You decide to enjoy the splendour of the ship. After the sordid business of throwing someone overboard, you feast on a Korean-themed dinner (some of you had it earlier). While eating, you notice the new paintings. They were themed, but based on different stories in the bible in no particular order:

The Flight into Egypt,
Spoiler:

The Descent from the Cross,
Spoiler:

The Storm on the Sea of Galilee,
Spoiler: 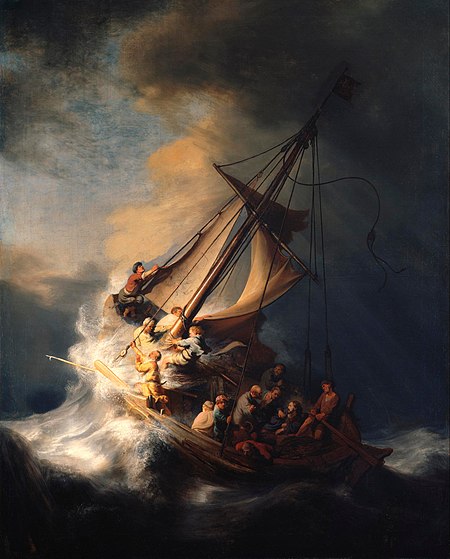 David with the Head of Goliath before Saul,
Spoiler: 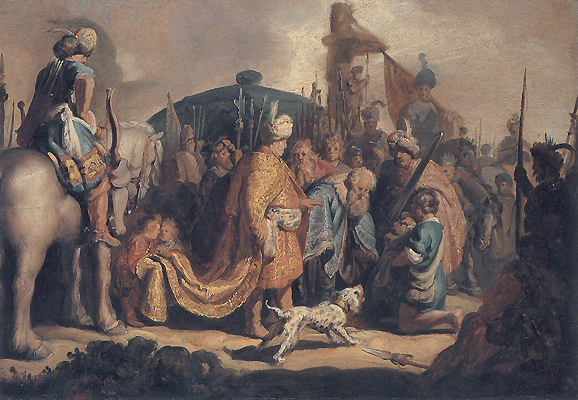 The Baptism of the Eunuch,
Spoiler: 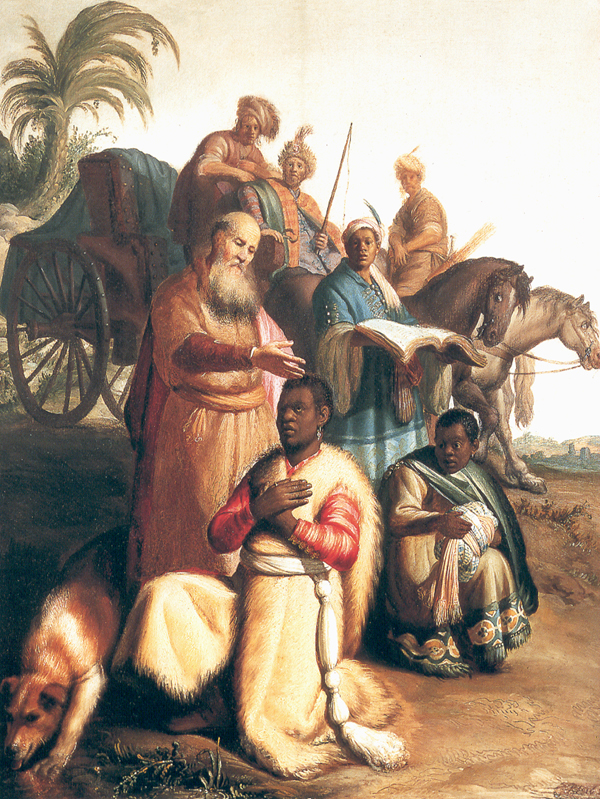 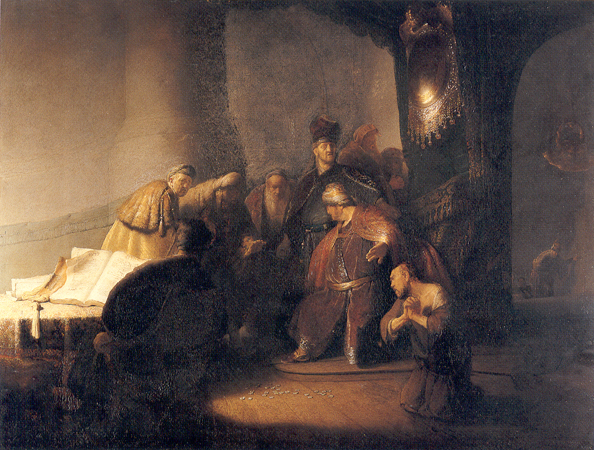 The apostle Paul in Prison,
Spoiler: 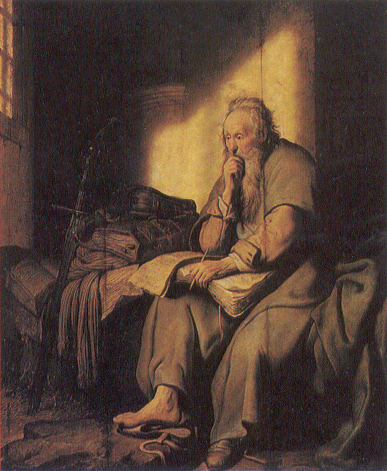 and The Ascension.
Spoiler: 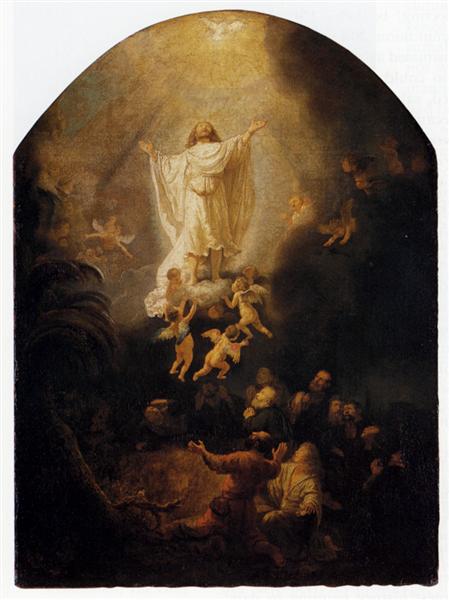 Like last night, the same guest starts to sing praises and exult the brilliant use of colours and shadows to portray the raw emotion of each of these scenes in the bible. It's not that you don't appreciate the art, but the guest can keep you there for what feels like an eternity when you know you can't appreciate it that much.

After your meal, you and a few other guests leaves for the card tables. Someone suggested bridge during dinner. A traditional card game of camaraderie. A few guest stays to watch the outcome. At the same time, the guests pet the cat and feeds it as the games continue. Later on, you play a few games of baccarat, which the crew is happy to oblige. (After all, they have had nothing to do in the last few days as they waited for a guest.)

Elsewhere, you decide to see the fish that everyone has been talking about in the submersible. You think you see a few squids this time. They seem anything but gentle to you. Luckily, the squid's attention seems to be on the fish. You wonder if larger squids see the submersible in the same way little squids see fish. You shudder at the thought.

On the top deck, you decided to have some relaxing herbal tea and look at the beautiful stars. Another guest does the same while drinking beer in a sauna.

Elsewhere, while enjoying some of the musical talents onboard, you notice one guest lying on a couch in the corner. He/she (unknowable due to the powerful disguise of the mask) lays on the couch, a few bottles of wine lying beside him/her. The guest has passed out for quite a while now. Before that, the crew tried to get him/her to return to his/her room, but the shooing gestures said more than enough for you. Everyone, including the bartender left him/her there for the night. After all, we got rid of the murderer, right?

----------------
The sun again wakes you in the morning. You finish your morning rituals (putting on make-up, brushing your teeth, brushing your hair, putting on the right clothing for the public), and head down for your breakfast. Not only do you not find that nothing has been prepared, you hear a small crowd where the lounge is. As you head over to the lounge, Captain Buregu appears and bars your way.

"I'm sorry, but it seems that we have not stopped the murderer yet."

You wait again for the remaining guests to appear. Captain Buregu begins, "So it seems we have another murder. Someone broke into the kitchen and took out one of the knives. The guest who stayed here last night, because of his/her insistence on staying out here, made him/herself an easy target."

The captain steps aside, allowing you to see dumytru, who was drunk on the lounge couch last night. The captain takes off the mask, and reveals the face of Jodie Starling.

On dumytru's body was the following note:
Spoiler: 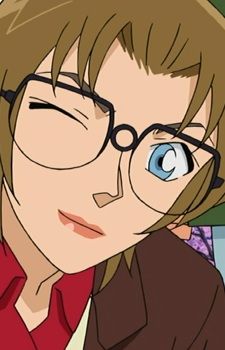 >> Followed somebody
"We're going to cordon off this part of the lounge for the police when we get to Ogasawara. I hope none of you have any objections. Well, it seems we didn't get rid of the murderer or he/she has not changed his/her ways. I guess it's time to vote who's going overboard. Also, what will you do today?"

Day 2 actions can be sent until 20:00 PDT. Click here for what it is in your timezone.

Since the brutal stabbing this morning, you panicked for a brief moment. How can this murderer not be found despite the crew here?

Because of dumytru's death, everyone is on high alert. No one seems to be able to swallow much of their breakfast after the news. However, everyone's mood changes after breakfast. They all must have had an idea as to who they should vote off the cruise yacht. It might just be the sun.

You and a few other guests decide to take a swim in the pool today. Someone got a few pool toys out. A rubber ducky. One guest decides to enjoy the sun and do some cartwheels in the exercise room. One starts thinking up how to make a mini-golf course that would stump another guest. No one is sure how that would be implemented on board the cruise yacht. Two of the guests get a little more personal than most of the other ones. Maybe they really trust each other.

One of you decides to take out a patio chair and sit by the pool. You don't want to be alone in case something happens. You also want to know what everyone is thinking. What if they want you dead?

That is actually a good idea. One guest (who appeared to be quite intoxicated) tries to cop a feel on a crew member's bum. She squeals in terror. The partner to the crew member starts a brawl with that guest. You're lucky you're not so secluded from everyone else.

By lunch time, one of you got to use the kitchen and cook up a storm. On the table is everything you want to eat. It hits the right spot. You need some comfort food to remind you that there is a life after this cruise. A reminder of the world you can reach again. A reminder that not all hope is lost.

The rest of the day continued with people moving about the pool and enjoying the sun. Some left briefly to put in their votes.

As the sun begins to dip below the horizon, you all gather again by the dining hall. You wait expectantly for any news. Captain Buregu looks through the votes in the voting box. "Well, let's see here... oh my, it seems we have a tie. In that case, I guess no one is walking the plank today."

"Does this mean we're all good friends now? Or are the evildoers making it hard for us to do justice? Whatever it is, I hope you all have a pleasant evening. There are a lot of fun things to do. We'll be keeping these paintings up until tomorrow morning if you wish to enjoy them."

Night 3 actions can be sent until 20:00 PDT. Click here for what it is in your timezone.

I'm so glad I voted

No deaths \o/
Your opinion is always requested in Abs.' Random Polls of Whenever
Top

To that person, plez contact me. I have sumthin for ya : D