The place for discussing movies, music, books, video games, and everything in between.
Post Reply
217 posts

there's a Prof Layton thread?! and a manga?!

My life gentlemen, my life is COMPLETE.

Has anyone seen the movie? The Eternal Diva? i have, it was pretty nice.

Also Clive's the saddest villain i have ever seen in a puzzle game, welp, most puzzle games don't have villains anyway
Top

I adore the movie. Everything about it is just perfect. Especially the part where the Professor's having a swordfight on top of a giant mecha controlled by a pipe organ. That was awesome.
Nuzlocke 1: After Armageddon--COMPLETE

I'm amazed no one has posted in this topic for Azran Legacy. (Though, that might just be because, for once, the US didn't get the game first.)

I've seen the cutscenes for both it and Layton vs Ace Attorney... and it's killing me waiting for them to be released in the US. I might have only gotten into PL at the beginning of the year on a whim (I wanted Pokemon Mystery Dungeon: Gates to Infinity, there was a buy one get one half off sale, and they happened to have Miracle Mask...), but got addicted very quickly. I bought and played the rest of the games within 3 weeks and watched the movie.

And the addiction to Layton was so strong, it spawned some amvs.

^WTF does that have to do with anything? Why are these useless spammy russians here?

I don't have Azran Legacies yet; I didn't realize it was finally out. I won't be able to buy it until I get some Christmas money anyway T_T I'd better keep playing through the Ace Attorney games so I can get the crossover.
Nuzlocke 1: After Armageddon--COMPLETE

Resurrecting this topic because I just finished Azran Legacies and must talk about it. Actually, I think my opinions on the game are pretty well summed up in the series of texts I sent to a friend while I was finishing it.

[spoiler]17:17--Professor Sycamore: If my daughter were still alive, she'd be about your age" WAIT WHAT HOLD UP WHAT THE F*CK IS THIS GAME PLANNING TO DO TO MY EMOTIONS
I CAN SENSE THEIR APPROACH
THE FEELS

22:32--I AM GOING TO FINISH THIS GAME TONIGHT IF IT KILLS ME AND I'M STARTING TO THINK IT JUST MIGHT

00:04--BRONEV YOU ACTUAL PIECE OF SHIT YOU KEEP YOUR GREASY MITTS OFF OF MA AND PA LAYTON
Also if Sycamore is Descole and all of his crazy shit is because Bronev killed his daughter I'm going to f*cking cry
(Update: after viewing the bonus scene where Descole talks to Aurora and reveals that he hated Targent in his youth for taking his parents and his brother being taken away as a result, but was able to move past his hate and give up on his desire for revenge to live for his wife and daughter, but that when Targent killed them he lost all reason to live beyond taking revenge... I cried. I totally cried. Especially because it's heavily implicit in the game that Leon Bronev is responsible for their deaths and Descole knows it--his long-lost father is the one who had his wife and daughter killed. That's gotta BURN. And I don't know if Bronev knew that Desmond Sycamore was born Hershel Bronev at the time, or if he knew by the time of the game, or if he knows at all. I don't know if it would be better or worse if he had Descole's family killed KNOWING that they were related to him. And I can't stop thinking about how Layton never got to meet his niece. Giving how good he is with kids, he'd be an awesome uncle. And I AM SAD.)

00:13--I feel like there's a BAMF Layton meme in here somewhere. "When your pipe weapon is sliced in half, a true gentleman has TWICE AS MANY WEAPONS."

00:23--And now it's just Layton and Descole alone... I imagine that the shippers have a lot of feelings about this section

(I should note that I have always been too much in love with Claire to ever ship DesLay, and I am endlessly grateful for that now.)

00:46--WAIT WHAT THE SHIT IS THIS STORY FOR REAL
ARE DESCOLE AND LAYTON ACTUALLY SERIOUSLY BROTHERS
I HEAR SHIPPERS PANICKING

00:50--AND THEIR FATHER IS BRONEV WHAT THE ACTUAL F*CK
WHEN DID THIS GAME TURN INTO A F*CKING KOREAN SOAP OPERA
NEXT YOU'LL BE TELLING ME THAT EMMY IS LUKE'S MOTHER OR THAT DECOLE IS PREGNANT AND RAYMOND IS THE FATHER

(Okay, maybe I was a little over-startled. I don't know why this twist revelation struck me as more absurd than steampunk spider robots fighting a giant sea lion from the dawn of time. I think I was with it as long as the reveal was that Layton and Descole were brothers, because there was definitely foreshadowing that they were familiar to each other, but the whole thing about Bronev being their DAD was way out of nowhere and didn't seem entirely necessary to the whole thing.)

01:06--So the Azran Legacy is... Laputa. Programmed to destroy the f*ck out of civilization. Hokay then.

01:08: Did I ever mention how amused I am that the Azran were apparently Irish? But seriously, how can you be a super-intelligent super-culture and think that it's a good idea, when building a race of robots to do slave labour, to give them SENTIENCE AND EMOTIONS.

01:17--Look, Bronev, I know that your entire existence has just crumbled around you but even the ten-year-old is going to his death with a smile to save humanity so MAN THE F*CK UP, BITCH

01:33--When they come to do my autopsy, make sure that they list the cause of death as "AURORA BBY DON'T GO"

01:37--I'm still not entirely clear on why Descole never approached Layton about the whole "being siblings" thing years ago, tho. Or why he straight-up tried to murder him on multiple occasions with swords and giant mechas if he KNEW that Layton was his baby brother. I guess I'll put it down to him going cuckoo-bananas as a result of losing his family? Like there's probably a bit of disassociative identity going on with the whole Descole persona. Look at all the operatic grandstanding, for pity's sake. Descole exists to put on a show in order to block out Sycamore/Hershel Bronev's loss and despair. Maybe he just doesn't fully recognize Layton when he's Descole, or maybe he even wants to kill Layton himself so that nobody else can do it. I have stayed up way too late to sit here psychoanalyzing. Imma go sleep now. G'night <3

02:09--Okay, last thought I gotta share because it's keeping me up. It's about Raymond. Do you think he worked for Descole's wife's family? I mean, the Bronev family looked fairly well-off, but if, as was heavily implied, he grew up entirely alone as an orphan with no income, I can't imagine that he was fabulously wealthy enough to finance all the giant mechas involved in the life of Jean Descole. But what if his wife was the heir to some serious old-money landowners? Raymond's Scottish, and there are craptons of families of rich English shits owning big chunks of land in Scotland. If her family was like that and had a Scottish estate that Raymond worked from, sounds like a good place for Sycamore to have a grief retreat/Descole to have an evil secret base. And it would explain and make tragic Raymond's devotion to Descole since it would be because he's also devoted to revenge.

REPLY 02:13--I know that angst is like crack to you but you need to stop shooting up and go to sleep.

That... that swordfight. That was beautiful. For that, I can forgive Capcom and Level-5 all of their sins. I forgive everything.
Nuzlocke 1: After Armageddon--COMPLETE

The US doesn't have it yet? Damn. It's extremely good. Deeply messed up, but SO good.
Nuzlocke 1: After Armageddon--COMPLETE

mangaluva wrote:The US doesn't have it yet? Damn. It's extremely good. Deeply messed up, but SO good.

I have the Japanese cutscenes.... *can't wait until it comes out here*
1412 Phenomenon: When rational people begin acting like mischievous phantom thieves/magicians

That might explain the complete lack of HQ rips of the cutscenes on YouTube, then, since most of the people I follow for that kind of thing are American. Which is killing me because THERE ARE AMVS THAT I REALLY BADLY NEED TO MAKE.
Nuzlocke 1: After Armageddon--COMPLETE

*starts watching Professor Layton walkthroughs*
Thanks to forum mafia, I'm already in love with Clive, my anonymous account. Now... If only I were to remember the password... 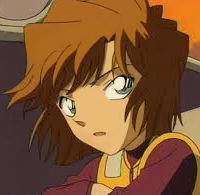 LADY LAYTON EXISTS
I just found this thread, and loved it, 'cause I'm a big Layton fan, but I wasn't here in 2015.
And as there's a new game coming, I think this deserves a revival.
So, what do you think about Kat, Sherl and Noah/Ernest? Do you expect the professor or Luke to appear?

The trailer for Lady Layton was kind of different from what I expected. I like the rewinding part of all the past Layton stories in the beginning.
She looks kind of weird I guess, her voice actress doesn't sound that fitting? Apparently they will be taking a completely new puzzle direction finally. They seem to be hyping up the puzzle writer.
My blog: https://stemfromashes.blogspot.com/

I am interested in it. That being said, I'm not as into the Layton series as some people and I skipped the entire 2nd trilogy so I dunno if I'll actually get it.
Let's Play Bioshock Infinite: viewtopic.php?f=10&p=879594#p879594

Users browsing this forum: No registered users and 4 guests