Yeah, I think this subforum needs a thread with a discussion like this, too... I didn't found one, so I will try to start the topic, if it's okay. XD
Naturally there will be some spoilers ahead, so be warned.

So, what do you think - who is the boss of the organization from Magic Kaitou? Is it someone we know from the Manga and/or the Anime? Is it someone who was just mentioned or hinted at in one of the two mediums? Is it the same Anokata from Detective Conan (if you're a believer of the "Merging storylines"-theory)? Or will it be someone completely new and original?

Hints so far:
In the Manga, we only have the slightest hunch of anything... we know that there IS a boss and that he/she is searching for Pandora, the mystical gem that sheds a tear which will give immortality to the owner of the precious stone. Okay, cool.

In the Anime (which will or will not try to split into an original continuity, who knows) we get to see a lot more of the person who is also just called "Anokata" ("That person"). He/She is sitting in an office chair (which covers his/her appearence) in a room inside a supposedly tall building with huge windows, presenting view on a big city with a lot of skyscrapers. He/She just seems to contact his/her members by chat (I don't know if it's a real "video chat" because it's unclear if the video transmission is one-sided or not) and e-mail. There is evidence that this person could be an American or is at least situated in the United States - the city seen through the windows could well be one located in the USA, he/she writes his/her text messages in English and there are some magazines like "HIMES Magazine" (an allusion to TIME Magazine and The Times?) on his/her desk.

Well... I try to give my thoughts about this. If MK-Anokata should be someone we know, I would suspect our beloved Toichi Kuroba. Several things point to him, in my opinion.
And what do you personally think? ^^
I'm really interested in your theories.

My other theory is...still same person. But, the organizations are still different and Anokata is so awesome he controls TWO criminal organizations.
Let's Play Bioshock Infinite: https://forums.dctp.ws/viewtopic.php?f= ... 94#p879594

Although I still don't believe that the storylines will merge because of Aoyama's word, there are a lot of things that are good hints to such a development:
There is more stuff like that, like the fact that Gosho said in the interview at the end of Magic Kaitou volume 4 that he plays with the idea of giving Conan Edogawa cameos in MK. The thing is, if all of this would be true and the two Manga would merge, I wouldn't believe that Toichi Kuroba is the boss the MK-Org. anymore if she is the same group as the BO... granted, the time the BO exists and the stuff with "Vermouth is the favourite of the Boss" would fit, but something about that seems not right to me.
Top

I say this time its Agasa Just a thought.  Boss of DC kidnaps scientist to research drugs, smuggles guns, assassinates politicians, has the newest technology, and names his agents after alcohol.  Boss of MK believes in a mythicsl magical stone that sheds immortality tears once every 1000 years or something.  I'm not saying that pandora can't be another of "his" investments, I'm just saying its a little out of the image I have for him lol.
Hey, I have an idea, let's have a THIS SUCKS / NO THIS SUCKS / NO YOU / NO YOU argument for a couple pages, that will really be great. - Ingmar
Top

My not-based-in-canon-at-all pet theory to explain their similarities was that the MK Org is a group headed by a former sort-of-high-up-in-the-Black-Organization executive who knew a little of the BO's goal, but not the whole thing. The MK-anokata-to-be took his BO lackies and splintered off to pursue his own immortality theory (Pandora) after being intrigued by legends collected about it in the BO's archives of info. (If the BO deems it worthy to investigate mermaid isle legends, that shows the wide range of data they must collect.) The BO's anokata never bought into the Pandora legend, but thought that as long as the two groups weren't having a turf war (one steals and is interested in jewels and magic, the other assassinates and is interested in biochem and programming) or threatening each other for power it wasn't worth the resources, blood, and inevitable law enforcement attention lots of well dressed, heavily armed, dead bodies bring to take them down if they could avoid it. The BO's anokata thought that the MK Org might dig up something worthwhile if they let them play around a bit, but still has a contingency plan to destroy them down if they get too uppity. Meanwhile the MK boss, while not interested in cooperating with the BO because he doesn't plan on sharing Pandora, knows to leave the BO well enough alone and that they can avoid unwanted attention if they occupy a different criminal niche. The relationship between the two Orgs then is a careful neutral. The MK Org has kept a lot of the former organization's structural hierarchy and quirks (like calling the boss anokata and using codenames).

Evidence = nil, and I don't really like the idea of Pandora and DC overlapping
Last edited by Chekhov MacGuffin on June 12th, 2012, 2:25 am, edited 1 time in total.
Top 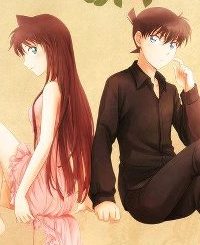 @ Spn. . . I really don't think that both the culprits of two different series would turn out to be the same. There might be something like there is something very special we still haven't noticed. Cause its about Gosho.. And he amazes us every time.
When you have eliminated the impossible, whatever remains, however improbable, must be the truth.

And Ofc. There is always only one truth!


At last.. Be yourself always, always put a smile, be happy .. cause we're not the one to decide when our smile vanishes. . . Forever..