The scene of Aoko was giving her chocolate to Kaito, the Kaito ran away with happy face, reminds me of Kazuhaâ€™s confession in the Optical Illusion Case.

The circle reminds me of FMA Broterhood. like yamiangie said.

And when Kaito saves her. Hehe.

Must be See Your Emotion Snake. Hehe.

Ay, Love their themes, I wish they produce OSTs of Kaito.

Wish they have own song for Kaito-kun! ~desu!

^^ Someone please tell me why all 3/5 anime episodes I've ever downloaded and watched is Magic Kaito related ? Since I'm not any big fan of the guy, nor magic. But I have to admit what Kuroba thought about magic was quite nice, maybe I'll dislike him less from now on? I've always thought that the police have been wasting time and money upon Kid's heists and Kid somehow been making fun of them, but it looks like the inspector and the rest don't mind it, they even enjoy it after all? Or it's just me.
I loved Conan-kun out there, that was cute.

The scene of Aoko was giving her chocolate to Kaito, the Kaito ran away with happy face, reminds me of Kazuhaâ€™s confession in the Optical Illusion Case.

*The Eye case with Hattori, the maid and Yamato ect.) then it might best to spoiler box it, it is a manga spoiler after all... 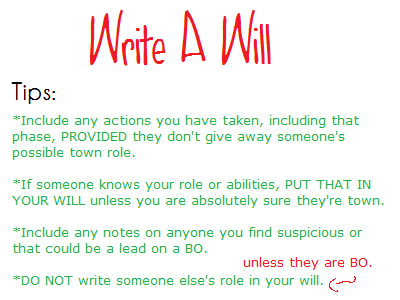 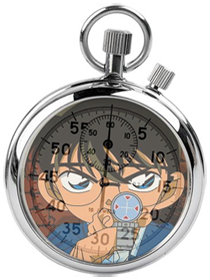 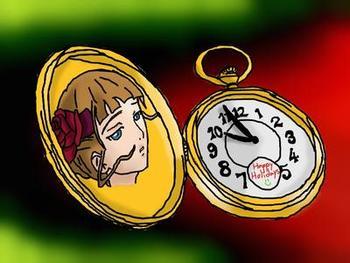 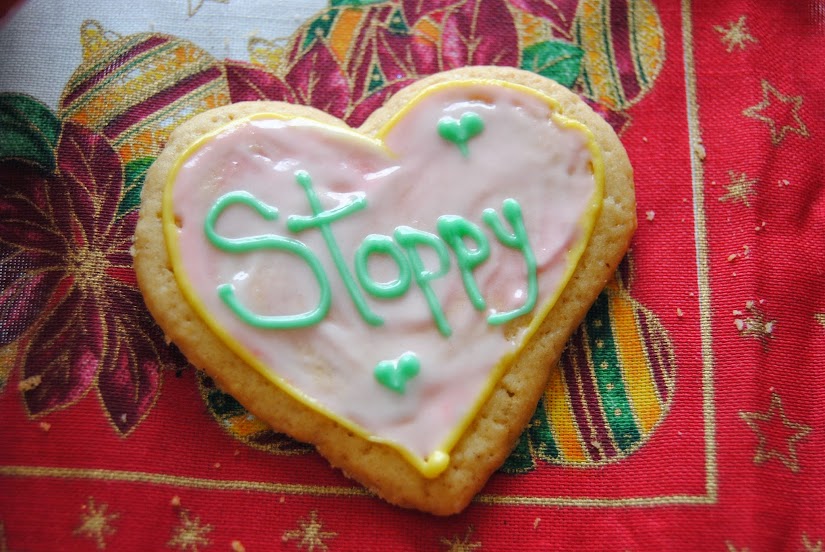 sorry i don't how to use it.
and im always just in a hurry, hehe. straight typer.
next time ill use it
thanks for reminding!

i like the animation
ep 5 was so funny!!!
Hehe.
Top

I adored these episodes. 4 mixed two fabulous Akako-based chapters, and I'm so very happy that they kept the line about how "you shouldn't make light of a thief like me... the fact that inside your frozen heart is a precious gem is very apparent to me." I LOVE THAT LINE. I JUST DO.

I like the new guy Spider, too. Normally I'm the kind of obsessive manga fan who freaks out about any deviation from the source material, but the source material was pure crack, and I was never happy about the implication that that absolute derp Snake was the one who pulled off the perfectly hidden murder of Kuroba Toichi. Looks like we have a more badass foe to contend with. BADASS MAGIC BATTLE OF ULTIMATE VENGEANCE PLZ.

Bonus points of Kid quotes Inigo Montoya at any time at all ever. I've always wanted to see him do that.
Nuzlocke 1: After Armageddon--COMPLETE

I am not really ok with the 6th episode in the mountains. The Star-Case would be better.
But well... whats  missing.
7. The detective from london (kouhen)
8. The detective from london (zenpen)
9. Hopeful Green Dream
10. Painful Red Tear
11. The master thief from france
12. The dark knight
13. The stolen star (maybe christmas 2012)
14. The best illusionist in world
15. The secret of the phantom lady I like MK, but I personally wish DC would just absorb the MK universe. The problem with this is that we'd miss out on Kid's personal life, however (Aoko and such, but where is that plot even going to go, anyway?)

What I don't like about Gosho is that he's kind of backwards when it comes to gender. There are no gay people in the DC series, and in the one instance when someone is perceived to be gay, the reaction to that, and the reaction seen as acceptable by the people within the DC universe, is that Eisuke Hondou starts hyperventilating as if he's seen the most disgusting thing (two men kissing) in existence.

Anyway, the social (non-crime-syndicate) plot of MK is as follows: crazy woman wants to make all men her slaves. Really, really now? That's Gosho for you. And once you introduce witchcraft and magic into it, it just gets out of hand.

What's fun and funny about MK is that there is one person who cannot be won over (Kaitou, obviously), which creates absolute hilarity. The best thing is that Kaitou can defeat the witch with fake magic, simply through his charm.

I think it would be fascinating, absolutely fascinating, if DC were to cover Kaitou Kid's past and its relation to the Kudou family's past. It's hinted at in the DC chapter where Kaitou's dad and Kudou's dad send each other messages via Yukiko (? and !), it seems as if there is a definite relationship there. From the history it's indicated the original Kaitou was never defeated (as far as we know), so Yusaku must have mostly been an observer and not a direct challenger, but it's really interesting.

It would be cool if, in some sort of way, Kaitou's dad's death were investigated, and the BO were to be revealed as the crime sindicate that killed the original kaitou kid. Or perhaps, to avoid it being the same organization (it just clashes so much), maybe an early version of the BO, or a sister organization. Or maybe a totally different organization that has some shared BO members. In any case, I don't really care, so long as it involves some sort of getting to the bottom of something.

Heck, even if MK's plot is mostly ignored in DC, I at least want there to be an exploration of Kaitou's past with Yusaku. I also would think it cool if there were some explanation of why Kaitou kid steals in the DC universe, even if it's different from why Kaitou steals in the MK universe.

I am totally fine with the magic disappearing. I don't think you can build a solid plot off of magic like that in an otherwise nonmagic world, with a nonmagic protagonist. I would rather it just be a delusion of the witch character, but I think it's a bit late for that.

I think it's also possible for the DC universe to deal with Kaitou in a nonmagical way, but also have the MK series contradict it. I think two realities can exist there and be forgiven.
Last edited by FOOLYCOOLY on July 5th, 2012, 12:20 am, edited 1 time in total.
Top

yeah, no, but seriously when this series is the one so worthy of your time for equal treatment in media for women or homosexuals instead of countless other series that are far more relevent and/or a far worse example of this trend, you're missing the point so much that it is beyond caring what else you have to say. And yes I know I'm gonna get flack for saying that, but you bumped a thread for some random rant.
Last edited by kkslider5552000 on July 5th, 2012, 2:14 am, edited 1 time in total.
Let's Play Bioshock Infinite: https://forums.dctp.ws/viewtopic.php?f= ... 94#p879594