Forum reserved for discussing specific points of the story—mostly from the manga. Be warned, these discussions will be current with the manga and will spoil many plot lines for anime-centric fans.
Post Reply
400 posts

This is my melody and it's just the raver's fantasy
Posts:
1152

Since I voted for 4 years as well, I think people thought 4 years from this point onward (when the poll was created), and not how long in total the Rum's arc will be.
My dad’s a soldier blue I’ll be a soldier, too
When I grow older you will see me rescue you
I’ll teach you this old song so you can sing along
When I am dead and gone the day won’t be so long.
Top

I must say that I’m not too fond of rating this in terms of years.

Due to Aoyama’s hospitalization, as few as twenty-eight new chapters were released in 2015. While last year was more or less back on course as it brought us thirty-eight files, only God knows those responsible know how close we will get to beating the all-time low with so many breaks and a mere thirteen(!) releases in six months. For example, we have File 622 to File 747 between #41/2007 and #41/2010 against File 898 to File 994 between #27/2014 and #27/2017; the latter is almost one fourth less.

Not to mention that the next X00 checkpoint—usually booked by the organization—happens to be a real milestone and is therefore understandably dedicated to the protagonists. (Still, I join those who hope that Masumi seeing Conan as Shinichi will trigger some development which allows for a slightly delayed get-together with the plot.)

Assuming that the author won’t leave his beloved formulaic system, I don’t think that what we call Rum arc will be over before File 1200 or thereabouts. (As I wrote earlier, I would guess that the manga series will end around File 1500.) How long that takes, I have no idea; if the publication pace continues to be that sluggish, though, I’m honestly not sure if we ever see it.
Top

Valentin wrote:I must say that I’m not too fond of rating this in terms of years.

I get the sentiment but as humans we sort of decided to measure our time in this world via years. So it's more meaningful for us to ask "how many years it will take" than "how many files it will take" (in both cases the answers we can give are just pure speculation).

Rum's arc... I think the real problem is the definition itself if you mean by Rum's arc is the first time Rum stated in manga until we learn his/her real identity... Then 6 years will be too long.
130177130179417
ran mamijo kun
katara kare anya masuno
Top

Originally wanted to go back to redo this poll after file 1000, but Gosho keeps delaying it and currently it hardly seems like that milestone chapter will have anything to do with Rum, so we're redoing this poll now.

Here are the results of the first time we did this poll.

What is/are your speculation/s regarding Rum's identity?

No multi voting this time cause obviously by now I totally expect you to have a more established opinion and it's not at all because if I allow multi voting on strawpoll I can't enforce a maximum amount of votes each person can cast. It's definitely that first thing I said and not the latter thing.

The poll is already off to a mixed start. Nobody agrees on anything yet.
Top

Here's something slightly different. Assuming those three main Rum suspects are actually the ONLY Rum suspects, which one of them do you think is Rum.

My vote goes to Wakita purely by the process of elimination 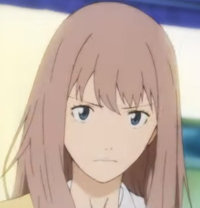 Wakita is the most logical. Kuroda is just the Matsumoto replacement, who fits into the spot, Aoyama needed. Rumi is too obvious. Here's something slightly different. Assuming those three main Rum suspects are actually the ONLY Rum suspects, which one of them do you think is Rum.

My vote goes to Wakita purely by the process of elimination

Same, since there already are indications of him being a BO member. Shinichi Kudo:''following the smell of blood to arrive upon a crime scene, using every one of your senses to hunt the culprit, then once you've seized hold of him, sinking your sharp teeth(your evidence) until your opponent gives up the ghost, That's a detective''
DeviantArt:http://meitanteixx.deviantart.com/
Tumblr:http://masterdetectivexx.tumblr.com/
Youtube:https://www.youtube.com/channel/UCFL6Gqku3dvoPhWaNIRUu0Q
Top

This is my melody and it's just the raver's fantasy
Posts:
1152

And I voted for Wakita as well.
My dad’s a soldier blue I’ll be a soldier, too
When I grow older you will see me rescue you
I’ll teach you this old song so you can sing along
When I am dead and gone the day won’t be so long.
Top

I still think the real Rum hasn't even appeared at this point, even though with the current amount of suspects we have, it's hard to say that Rum isn't one of them, really.
Scanlator
Top

Nice to see that the votes are quite divided.

I also voted for Wakita as I believe Rumi is Asaca and Kuroda is a red herring.
"I wonder if there really is a God...
If such an entity really existed, wouldn't all honest, hard-working people be happy?"

Users browsing this forum: No registered users and 7 guests