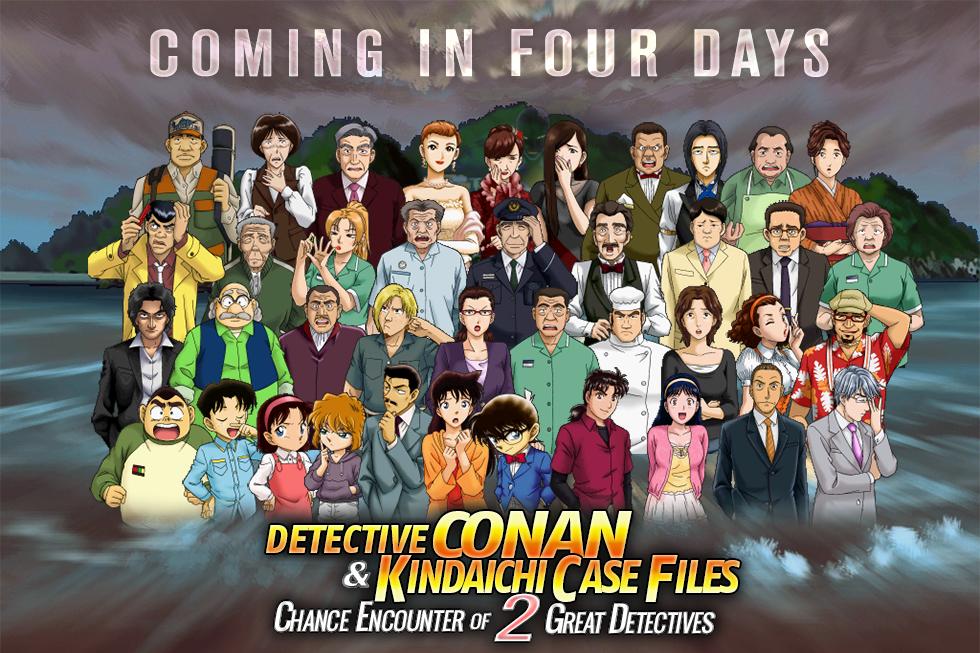 Nemomon
This is my melody and it's just the raver's fantasy
Posts: 1156

Why Ran is so scared? Because it is coming? xD
My dad’s a soldier blue I’ll be a soldier, too
When I grow older you will see me rescue you
I’ll teach you this old song so you can sing along
When I am dead and gone the day won’t be so long.
Top 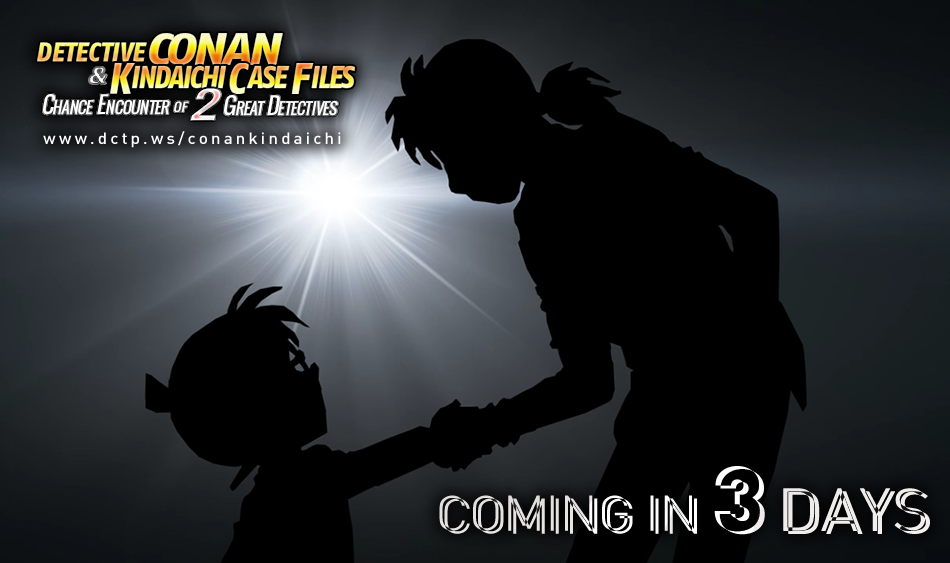 We're definitely on the homestretch now. All our efforts are focused on wrapping up the absolute final portion of the patch, which obviously we are hopeful will be done without a great deal of stress. We're on it, hang in there! 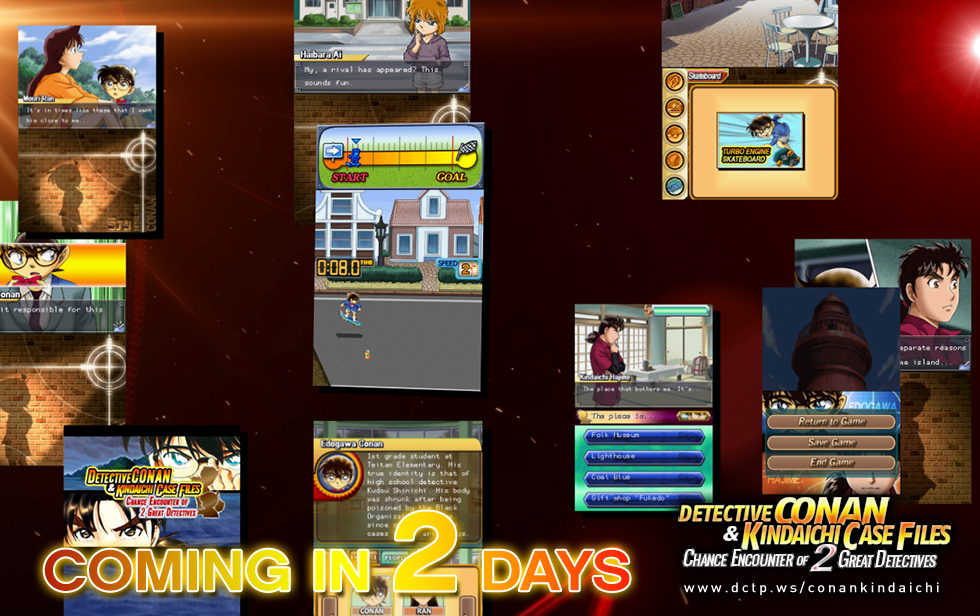 The game is now completely, 100% finished and will be released tomorrow. It's happening. 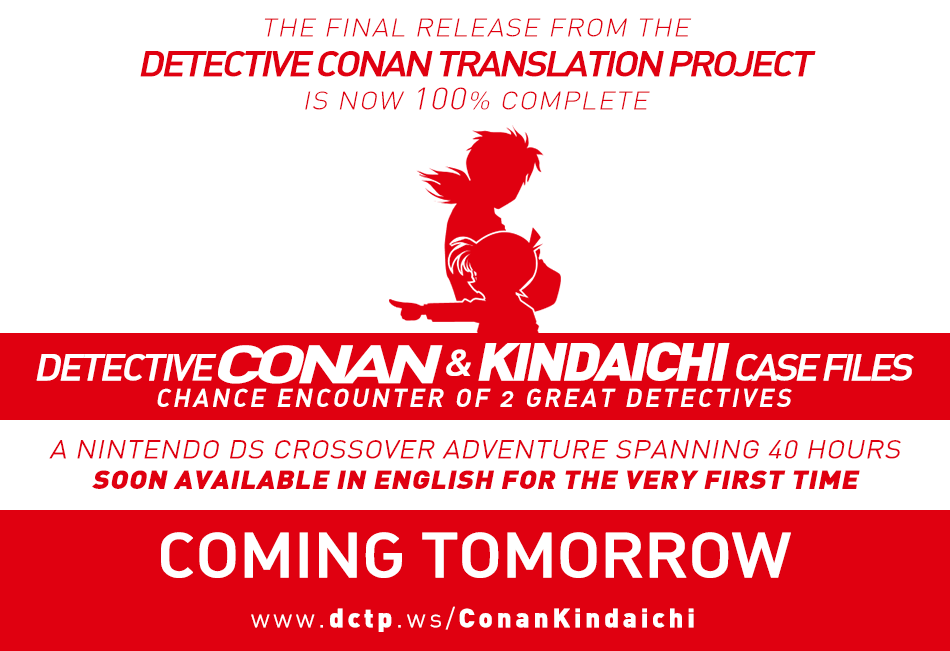 I really wish you amazing people could continue subbing the movies and episodes, but I guess all great things must come to an end!. Sadden really, Maybe one day you will start again. Until that day comes, happy trails to the DCTP!
Top

The release of this game will be the FINAL hype from DCTP.
We will be fully retiring and not releasing anything else after this. Let's all enjoy this together one more time!
Top

Ultrasteeloid
Detective Conan is Cool! Thanks for subbing it!
Posts: 8

You guys should be proud! It took a few years but you never stopped!It's too bad it's the last project in the fansubs and scantilations department,
but I'm sure it's the best one! I can't wait to play this game on my "new" 3DS XL with my dstwo flash card ("sorry for bragging")!

@ DCTP. I love you all. You're great subbers and great people for releasing everything you have done for all of us. Without you, my Detective Conan life would not have been anywhere near as interesting. I will miss you all. On the bright side, at least Crunchyroll has picked up Detective Conan, so we can continue to watch the episodes with subs. I hope you all have a great time and you should all be proud of the happiness you have brought to so many people. Thank you all.

@Ultrasteeloid, if we're going to brag about "new" 3DS XL systems....I have the Majora's Mask one..., but I will say, I'm in agreement. I can't wait to play this game on my system. I will probably take off from work tomorrow just to play it.
"Shinjitsu wa Itsumo Hitotsu!"
Top

Thank you DCTP, for everything you've all done. I've been really into Detective Conan ever since I started high school in 2004, by watching Case Closed on TV in the morning before I'd leave for school. Eventually I wanted to see more, and began watching the subs online, however this was difficult to manage with the sheer number of episodes there were in the series. At one point, I stumbled upon a list/graph of sorts on the website here via Google that showed the recommended viewing order for plot related episodes, and was able to catch up, and then watched a majority of the remaining episodes as I was able to. A short time later, I discovered you guys were a subbing group, after diving deeper than just the graph, and stuck around.

Detective Conan TV. I am extremely appreciative for all the work that was put into that. Having a huge amount of episodes in fantastic quality, or just watching episodes play on their own. I told myself I would be active on the forums when I made this account in 2010, as I wanted to try to give back to all the effort put by DCTP. Obviously, this didn't happen, but I've been here all the while as one of the lurkers. I mean to be as sincere as possible when I say all this, as Conan has been a big part of me thanks to the hard work put forth here.

I'll stop here, since I'm just a tad off-topic. Can't wait to play the game! By the way, are Red Pandas still a thing?