Night 5 Ends!
"Any time you guys want to quit killing each other and watch my show, that would be great," Kor muttered under his breath impatiently. Louder, where everyone could hear him, he said, "Well, wasn't that fun? Let's get moving. Forget about cleaning up, we're on a strict time constraint now."

"Why is that weird mask thing glowing?"

Kor turned around to where Moon was looking. There, on the wall, still hanging creepily, was Majora's Mask. Indeed, Moonie was right: the mask's eyes were glowing an eerie yellow once more.

"Huh. Strange. Anyway, back to the cake. Or the beef thing. Whatever it is we're making no--- dumytru, would you stop playing those knives? You're gonna hurt someone!"

"I think dumy needs to be put in timeout," said Meme. "I volunteer to wrap him up in aluminion foil and keep an eye on him."

It seemed like a good enough plan, several people agreed that it was a suitable punishment for playing with knives, so Meme took it upon the themselves to wrap dumytru up in aluminum foil.

"I don't know you about, but I feel much safer now," said bluekaitou.

Suddenly a loud bang interrupted everyone, and the lights flickered once more.

(He was fine, though. He's just afraid of the dark.)

Fuji looked around once everything was back to normal. "Hey... where did all of those bodies go? Why is everything so clean?"

(Outside the studio room, Kleene shouted, "DID SOMEONE ASK ME TO COME BACK IN?")

(Everyone ignored her.)
At least, that's what could have happened.
Or maybe it went like this:

Day 5 Begins!
Summary:
Nobody was killed.
dumytru was arrested.

Disclaimer: this phase change brought to you by three of the four GMs.

results results pm if you didn't get them

This... is terrible. Absolutely terrible. The most terrible of fates D: X_X

Oh, you thought this was over?

THIS IS ALL YOUR FAULT MR. DUMYTRU *shakes fist*

Day 5 Ends!
The unknown assailant watched quietly from where they sat as nearly everyone around them began to feel ill.

"Conia, no!" Memesu (Conan) screamed, and dropped to the ground next to him, also dead.

MoonRaven (Kogorou) tried to back away from the bodies, but she wasn't feeling well either. Dizziness took over and she tripped, knocking her head on the floor and killing her instantly.

"Shit," was Henry Gordan (Makoto)'s last word before he also kicked the bucket.

"You won't get away with this--!" Fujiwara (Nakamori) screamed, before keeling over as well.

Eko, blue and Rai looked at each other.

But Kor was dead, too.

What would happen next? Only Majora's Mask knew.


Spoiler: Conia's Will
In the extremely unlikely case that Dumi is not BO and avoids the arrest and manages to kill me, here's my list of remaining players, ordered by trustworthy:

So... yeah... let's win this game townies!
Spoiler: Memesu's Will
Mite most likely knows who i am. I have yet to catch any suspicious activity.
Spoiler: Henry Gordan's Will
https://www.youtube.com/watch?v=JNI41-hDlak
Spoiler: Fujiwara's Will 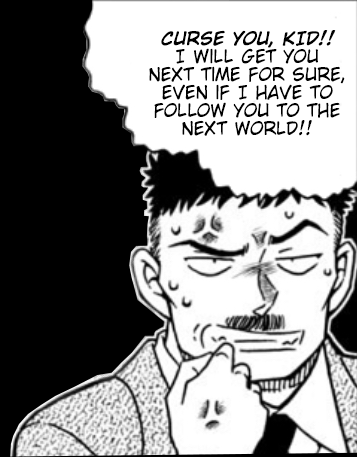 Results are out. PM if you didn't get them.

Day 5 Ends!
"Guys, Raiden looked at me funny," Conia (Kamite Jodie) complained before Kor could try, once again, to get everything back on track. "I think we should kick him out."

"I was just sitting here drinking my seventeenth cup of coffee, I didn't do anything," Raiden (Sherry) defended. "If anyone is giving people funny looks, it's Conia. He's been weird ever since Yuriko died."

Memesu (Conan) took Conia's side though. "Yeah, I saw him give Conia a weird look. I think he wants to kill him."

"Yeah, if anything I would just put a sleeping pill in his drink. No big deal, right? I'm trying to help. Sleeping can't be easy when your wife just died."

"If you even think about drugging Conia, I'm going to throw my handcuffs at you," warned Fujiwara (Nakamori). "And this time, they won't miss."

Ekoyuhale (Shiratori) agreed with a loud, "Yeah!" while still clutching a broken arm.

"Wouldn't it be easier if you just... didn't throw them?" asked Callid (Korn). "I'd think they're much more likely to actually stay on your target if you place them there yourself."

Henry Gordan (Makoto) and MoonRaven (Kogorou) were too busy snooping through all the of the kitchen drawers, probably looking for knives or alcohol, to bother paying much attention to what was actually going on.

"Just kick Raiden out, I say," Henry commented idly, focused more on dumping the contents of the drawer he'd pulled out onto the floor.

"Yeah, kick him out," Moon agreed.

"You know what?" Raiden said suddenly. "That won't be necessary. I'll just leave on my own."

So he did. And once he was out in the hallway, he met Kleene, who was still waiting to be let back in, probably.

"Raiden!" she greeted with a smile. "Come with me, we found something awesome!"

"Nah, I mean me and the people who died."

"The... people who died... found something awesome?"

So Raiden followed Kleene down to the basement, where a whole bunch of people were sitting around a table, playing some kind of card game.

Link looked up from his hand. "Den! You're here! Did you die?"

"Well, it's much safer to be down here anyway. Who knows what's even going on up there anymore since Kor took over."

Twelve people sat around the table, but the count seemed off somehow. Kleene was standing next to him, and the two of them along with the group at the table made fourteen, but he was pretty sure only thirteen had left, including himself.

There were Gio and DA sitting next to each other, followed by Stop and blurf and Jecka, Yuriko, Link, someone wearing Majora's Mask, and Abs, then cinna, Kamite and Iwa.

Raiden looked back to the person wearing Majora's Mask. "Skull Kid? Is that really you?"

"What? Of course not," replied the stranger in the mask. They lifted the mask to reveal that they were... PT!? "You didn't really think I would sit this entire disaster out, did you? This thing acts like a sort of TV hooked up to the inside of the replica in the studio. I've been watching everything."

"You've been watching us kill each other?"

"Don't worry, as you can see, nobody has actually died. It's all special effects."

"And the suddenly disappearing bodies?"

PT shrugged. "Magic. I wouldn't let anyone actually die. I've been bringing people down here to play cards with me and enjoy the chaos from a safe spot. Except Link keeps stealing all my food, so I'm kind of regretting this already."

"Hey, den! You need to check this out!" Link said, distracting everyone from the comment about him stealing PT's food. "I found a neat machine where if you type someone's name, they appear in the studio! Well, it took couple tries for Kor, but vittor showed up automatically. It's neat."

"Doesn't work if you type in someone who is here in this room, though," blurf added. "I tried typing PT in and nothing happened."

"I wanna try!" Rai exclaimed. Reaching out, he pressed a few buttons:

"Anyway, there's some food, if you're hungry. Kamite and cinna made us some actual food, unlike whatever Kor is making upstairs."

Meanwhile, back in the studio, Kor gave up. There was no way to corral everyone, so he was done.

Everyone else cheered, except for Fuji, who was busy clutching at her throat and choking, trying desperately to find some water. 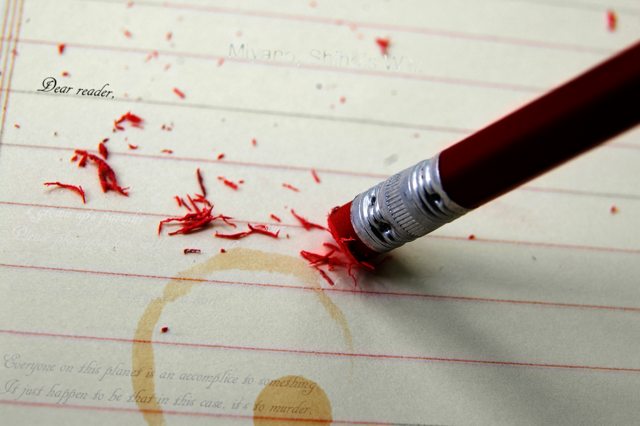 All decked out in battle gear
I walk the streets right before sunset
If it's you I'm with, no matter who should see us
I've got all the confidence in the world

I don't look back at the passing landscape
Go forward, no matter the circumstances

I want to feel the ecstasy of loving and being loved to the fullest
Your shoulder and my shoulder glistening with sweat, something is about to begin
Always striving to be the MVP

So as to not insult the person you adore in any way
The way to go, of course, is to give it everything you've got

I want to feel the ecstasy of loving and being loved to the fullest
I don't want to lose to anyone, now is the time to fight it out
Always striving to be the MVP

Spoiler: Linku's New Will
add x to my will

I think Linkeru is BO coz I found her in possession of crackers. Crackers = BO. Linkeru suspiciously didn't microwave Laser -kun.

Linkeru also has gummies. I think she's not BO after all.

banana-kun got eaten and i have nuthin to do with eet!!!!!

SOMEONE ATTEMPTED TO KILL KORRU

...is this glasses case edible?

Most GAH Play: some time during N2 - "somebody claimed they are trickster to kamite
and kamite said they are a "she""

Most WTF: did Kleene lie to us about the steal?

The Lone Ranger: Stopwatch - You do what you do. - "bans Stoppy from being Akai forever :V"

MVP of the Game: Raiden - Get lots of rest man! V:

Best Phase Change Story: Beginning of Day 5 - IS IT IS!
THANKS FOR GM-ING, LINKERU!

Thanks to the GM for GMing and the players for playing

Thanks for the game, everyone