Considering the BO has the Will of Raiden anyway and they might think they can pretend that Raiden was their bff (!), here is the Will Raiden gave me before Phasechange, in case he get's erased:
ABBC3_OFFTOPIC
Next up: 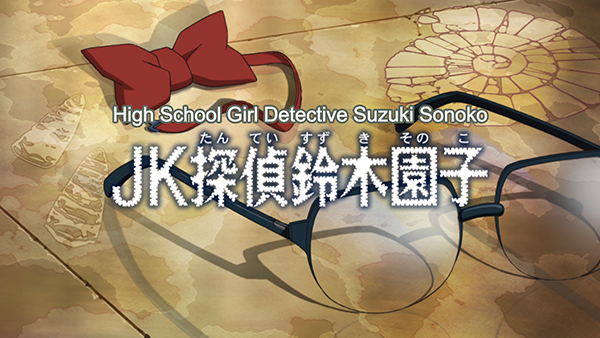 {Prep}[Contacted] Kleene: Trust in the Mold. <3
{N1}[Was contacted by] Abs #InvisiblePenPals ─ Hmm, he has been rather quiet for some time now. I wonder what's up...
{N1}[Was contacted by] IwaYuri: #CoffeeAllianceGo!
{N1}[Contacted] Cinnabunny ...
{N1}[Was contacted by] Giogio ─ Seems townish? I hope we're on the same side.
{D1}[Contacted] SA Hmmm. Appears Team YuriCo wanted to throw him overboard Day 2. Did they have a lead on him, or just wanted to get rid of the Pantry Thief? To be honest, I kind of wanted to vote him too Day 2 but went with random person that probably wouldn't get lynched... V:
{D1}[Was contacted by] Kamite: Can APTX me ─ FYI in case I am found poisoned Day 2...Huh. Still alive and well, I wonder what that could mean?
{N3}[Contacted] Conia I will probably regret this.
{N3}[Contacted] Yuriko
Of course you might think: "Yeah Kleene, but what if you're the eraser who got the will?!". True! But I can provide some more info what Raiden told me with the people he was in contact with! So I know stuff about people I wasn't even in contact with myself. I'm a magician Sonokos bff <3

This is awkward. I have an early flight tomorrow, so I have to sleep early. So I'm moving the phase change one hour early, but the action cut-off will remain the same time. I hope I can finish the story and GM stuff with one less hour.

After gathering information and talking with people Kamite is still the biggest suspect. The missing body and burnt head got everyone angry. Angry like a mob. Remember that scene from Beauty and the Beast when the entire town carried torches and pitchforks to Beast's castle? Well, everyone is the mob, and you are the Beast. Yes yes. You (plural) can't all be the Beast. However, there's no word to describe that glare of pure hatred when anyone stares at you. Truth be told, that's how you stare at everyone.

For that reason, you barely notice the crew members switching out the paintings as you finish your breakfast. Instead of several scenes of the bible, you now observe paintings from Rembrandt's earlier years. Of particular interest to collectors is the allegory of senses. Most have heard of the five senses: sight, sound, touch, smell and taste. Rembrandt has especially drew these at the beginning of his artistic career. Languishing recently in a basement of a New Jersey home was the allegory of smell. Some poor bloke decided to auction the stuff inside his basement. They originally thought that the frame which encased the painting would sell more than the painting itself. Soon they found that they made more than $870,000 USD from the painting. Since the reunion, the paintings have been touring around the world to be seen by all. If you wonder how the senses can be captured in a painting, look no further.

Their magnificence is displayed in the dining hall in the following order:
The Spectacles-Pedlar (An Allegory of Sight)
Spoiler:

The Three Singers (An Allegory of Hearing)
Spoiler:

The Operation (An Allegory of Touch)
Spoiler:

The Unconscious Patient (An Allegory of Smell)
Spoiler:

An Allegory of Taste
Spoiler: 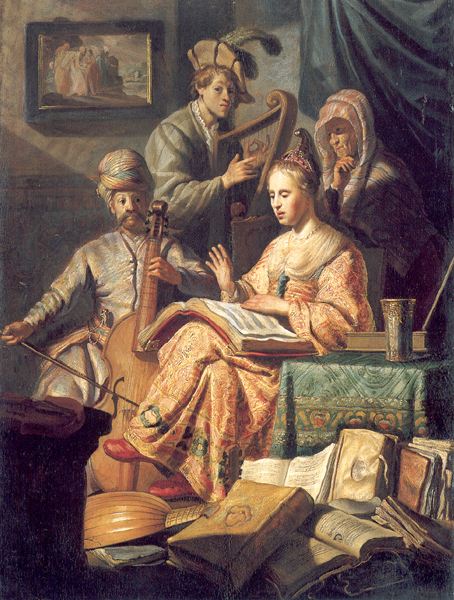 The last painting doesn't exactly fit the senses, but it is an "allegory", so the crew member in charge of transporting the painting tells you.

For the rest of the day, you and everyone else lurks around the ship. Spying. Scheming. Plotting. Snooping. Sleuthing. Spying on the spies who spy you. No one cared for any of the activities on board. A certain name has been whispered many times. Few of you even notice the guest who decided to feed some fish in the sea and tend to the kitty that has somehow gotten on board.

At long last, the sun begins to dip below the horizon. You and all the guests gather by the submersible platform once again. Captain Buregu starts to count the votes. He starts throwing the paper as though they all looked the same. "Well, it seems we have a very strong majority today." Suddenly, the life vest drops from the hook holding it up. Captain Buregu turns over and shrugs, "So, Kamite, what have you to say for yourself?"

Kamite defiantly walks up to the edge of the water. "You all think I'm guilty? What a bunch of losers. You all don't even know when someone's screwing with your minds. I'm sure my dying will can enlighten you all."

Kamite hands over the sheet of paper to the captain. At that moment, Captain Buregu seize the mask on Kamite, and reveals Camel.

"Well... I guess it's time to say goodbye huh." With that, Kamite dives straight into the water, jumping off the plank set up by the starboard side.

The stunned Captain Buregu eventually speaks, "I guess... that's that then. Here's the note for you all to see." The note flashes before your eyes:
Spoiler:
Raiden was INDEED Sonoko

Observe Raiden Night 1 he was a teen.
Observe Kleene Night 2: SHE CANT ARREST AT ALL.

Kleene: Shaking my head that you trusted others before me. Such a shame. I hope BO APTX you next day. No hard feelings.

Yuri: Why did you lied about Conia knowing your role, and afraid you were aptx?


he knows my action and therefor my role really...
I doubt he's bo but you never know shrugs
I mean, I took the risk of telling him so I guess I'll find out eventually :x

Only for you to tell me this later on.

You told me Conia knew your role, and you confirm it to him, and now telling me that you never contacted him? That is really interesting.


Abs: Nothing on him since wont tell me anything from the get co. Dont blame him, but we could have done something.

SA: Ask him to check if Raiden could be the benefactor. Told me he could check on it, but later claim he didnt found anything at all. Which is weird since I got this from Rai from you:

Due to process of elimination and info that's been gathered, I have reason to believe that you're uhh.. 100% not the benefactor! (unless I messed up reading the rules V;) I mean you could still be BO but here's a start to a plez-dun-kill-meh alliance \o/

Giogio: Contacted her Day 1 no word from her at all. Only to be contacted her yesterday due to Kleene's post asking why. From there nothing else AT ALL. I find this especially weird since she been ACTIVE this round.

You know whats the best part? I stakeout Raiden Night 3 on a whim and was going to follow up Giogio for the murder oh well. Nothing else happened to raiden just Killed and Erased. The killer was Male, most likely the eraser.

One more thing, should be the obvious, but I AM NOT THE BENEFACTOR.
"It's another evening. There's roughly 24 hours until we reach Ogasawara. I hope you all get a chance to enjoy some of the delights we have for you. The musicians are going to play some music to help you get into the feel of an Arabian Night. I believe we're serving some Ethiopian cuisine tonight. It may be a little uncouth to some of you, but I'm sure the flavour will win you over. Finally, I hope you all get to enjoy some of the painting here. I can tell no one was in the mood for these interesting art pieces today."

The Captain smiles, "Who knows? We may even have gotten rid of the killer. So let me know how I can accommodate your needs tonight."

Day 3 actions can be sent until 20:00 PDT of 5th of October. Click here for what it is in your timezone.

You better have been the Benefactor
Your opinion is always requested in Abs.' Random Polls of Whenever
Top


The missing body and burnt head got everyone angry. Angry like a mob.


Rules wrote:- The death of the mysterious benefactor will not be announced. Story-wise, there may or may not be a clue to his/her death.

cap'n bulurufu buregu wrote:The Captain smiles, "Who knows? We may even have gotten rid of the killer. So let me know how I can accommodate your needs tonight."

If mite was the benefactor, one of you people are lying to me and you know who you are *glares intently*

Otherwise, the benefactor is still lurking.
[Quotes from mite's will]:


Abs: Nothing on him since wont tell me anything from the get co.


SA: Ask him to check if Raiden could be the benefactor. Told me he could check on it, but later claim he didnt found anything at all. Which is weird since I got this from Rai from you:

to which I replied...

"can't really ask someone to si during the day :kogolaugh:"

Who exactly said this? Is it Gio? Or is it mite? Translation halp. What exactly was the lie?!

mite, ya lied too and did so much stuff I swear V;

Ya better explain yourself after the game <___<

Can he explain right now? I have so many questions about that will

I have my questions as well...

Also SA and I voted together! Out of my head, Link!

Can I clear up my will?
DCTP Movie Night: TBA What made him suspicious for ya [insert think mote here]

You are dead. You can't do anything.